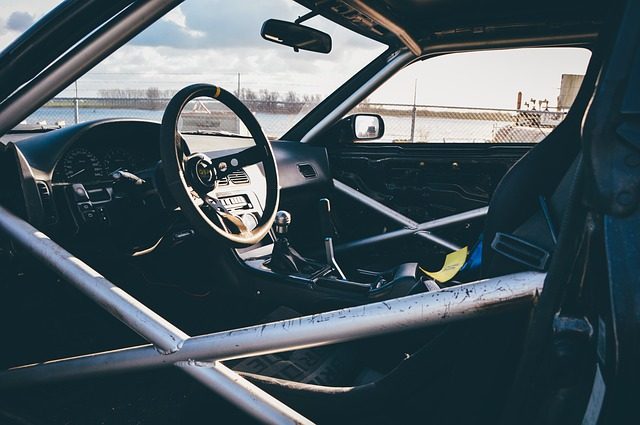 Automobiles have become safer because of technological advances introduced with the past few decades. Life-saving innovations include the automatic seat belt, anti-lock brakes and stability control as well as front, rear and side curtain airbags. In addition to camera-based or radar-assisted backup systems, many vehicles are equipped with hands-free parking and blind-spot warning systems. With the advent of the cloud, auto safety experts believe that network technology may be the next major innovation in automotive safety.
Car manufacturers, federal regulators and technology companies have collaborated to design an effective vehicle-to-vehicle or car-to-car communication system for almost two decades. These systems enable vehicles to broadcast their location, speed, braking status and steering wheel position to other cars, trucks or buses within a few hundred meters. Relaying this information and potentially alerting each connected vehicle to issues ahead could provide safer driving beyond the ability of even the most alert and capable driver. According to government statistics, more than 5.68 million police-reported accidents in 2013 caused over 32,000 fatalities and 2.3 million injuries. The National Highway Traffic Safety Administration (NHTSA) estimates that up to 80 percent of these accidents could have been averted with vehicle-to-vehicle networking. To ensure privacy, the systems will not transmit vehicle identification numbers or any other personal information.

In February 2016, Google’s autonomous car sideswiped a bus. The computer on board the self-driving car identified an obstacle in its path and changed lanes to avoid it. The car’s onboard systems recognized the bus in the adjacent lane but anticipated that it would slow down and allow the car to merge. The accident occurred because the bus maintained its speed. The bus driver did not know that there was an obstacle in the other lane. Vehicle-to-vehicle networking may have prevented the accident. If both vehicles were connected to the same network, the bus’ computer would have received a signal that the car was changing lanes. The transit bus’ software would have slowed the vehicle facilitating a safe merger.

System designers envision a network of connected vehicles that communicate with each other 10 times per second to transmit and receive data, such as speed, braking and GPS position. Onboard computers would process this information, calculate potential risks and alert the drivers. In a self-driving car, the required braking, speed or position changes would be accomplished automatically. The technology could also be integrated into a vehicle-to-infrastructure system that enables autonomous vehicles to anticipate that traffic lights are about to change. The network could communicate with navigation systems so that the car can automatically calculate a more efficient route around an accident scene or congested traffic. While autonomous vehicle software is still affected by weather, complex city driving and poor road conditions, car-to-car networking is on the horizon.

The federal government continues to fund research and field-testing. Along with the NHTSA, major players include General Motors and the University of Michigan as well as Apple, BMW and Qualcomm. German engineering and automotive supply company, Bosch is developing motorcycle-to-vehicle technology. The Federal Communications Commission (FCC) has already set aside bandwidth for this groundbreaking technology. A vehicle-to-vehicle communication system is a standard feature on the 2017 Cadillac CTS, the first production automobile to incorporate this safety technology. The automaker has also successfully demonstrated a vehicle-to-infrastructure prototype. Joining states like Ohio and Nevada in the development of smart city infrastructure, Michigan has begun adding vehicle-to-infrastructure upgrades along portions of Interstate 75.

While the infrastructure of tomorrow is only available in a few locations, considerable resources are being invested to determine the best communication system for the future. The demand for this system is higher in the U.S., but the market is expected to grow in Europe, Asia and Africa as the number of vehicles increases along with the implementation and acceptance of these innovative technological developments.

How Networking Can Improve Car Safety

administrator - June 20, 2017 0
Automobiles have become safer because of technological advances introduced with the past few decades. Life-saving innovations include the automatic seat belt, anti-lock brakes and...